A true story of tragic murder

Mrs Pip    August 29, 2019    Bebelan Pip    4 comments
hi there, so once again I read  JatIkhwan's criminal case thread, this time about a happy family, where the husband murdered his wife ... 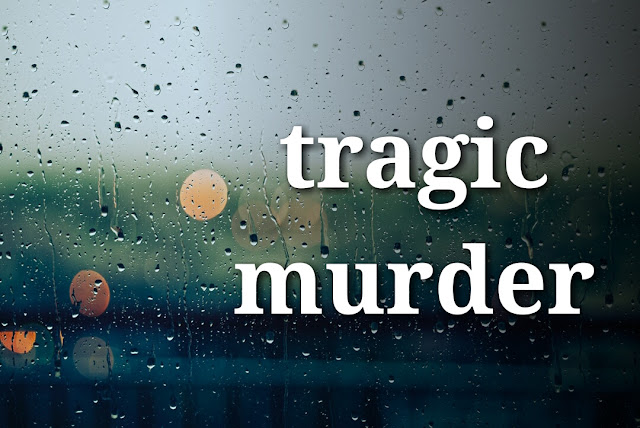 I think any criminal case , when you finished reading the whole thread, knowing the whole story and trying to imagine the whole situation, it always ended with a mix feeling, sad , anger, hate, empathy and so on ... 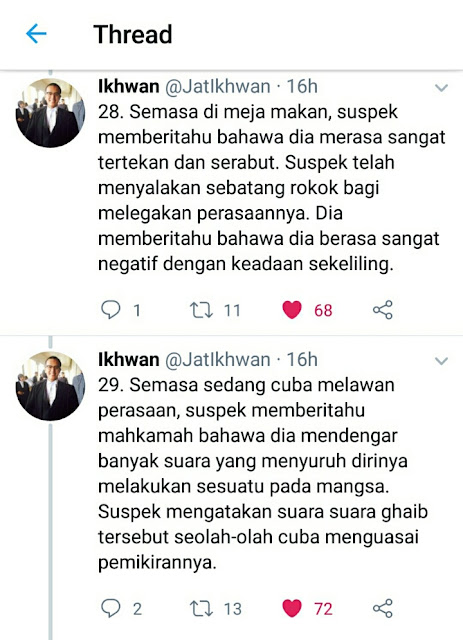 he has no specific reason of killing his wife, NO AT ALL , and in fact  if you read the whole thread , during the very unlucky day, everyone were doing just fine , the wife the husband the kids and the helper ... And his wife is working together with him in one same company ya ...

the question is WHY did he kill his wife? 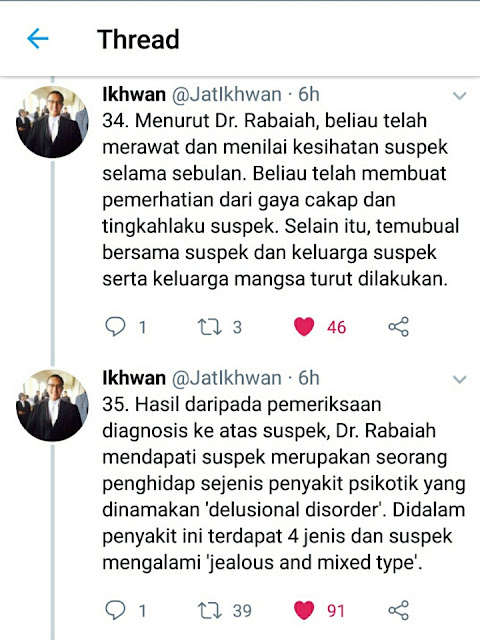 
If you read further , after a month of full examination to the suspect, the expert concluded that suspect is having delusional disorder with type 'jealous and mixed type'. 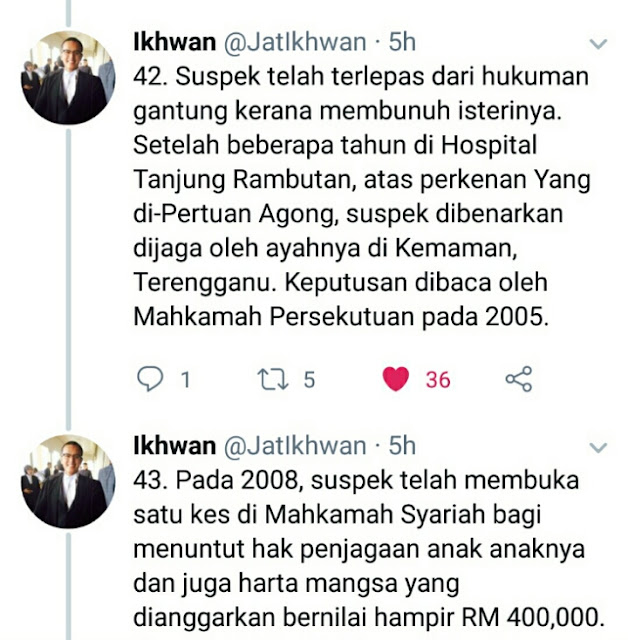 and what is delusional disorder? let's understand this before making any speculation ... Read MORE INFO >>> HERE

What is delusional disorder?

Delusional disorder, previously called paranoid disorder, is a type of serious mental illness — called a “psychosis”— in which a person cannot tell what is real from what is imagined. The main feature of this disorder is the presence of delusions, which are unshakable beliefs in something untrue. People with delusional disorder experience non-bizarre delusions, which involve situations that could occur in real life, such as being followed, poisoned, deceived, conspired against, or loved from a distance. These delusions usually involve the misinterpretation of perceptions or experiences. In reality, however, the situations are either not true at all or highly exaggerated.
People with delusional disorder often can continue to socialize and function quite normally, apart from the subject of their delusion, and generally do not behave in an obviously odd or bizarre manner. This is unlike people with other psychotic disorders, who also might have delusions as a symptom of their disorder. In some cases, however, people with delusional disorder might become so preoccupied with their delusions that their lives are disrupted.

What are the types of delusional disorder?

Besides genetic and biological , delusional disorder also caused by⤵⤵⤵ 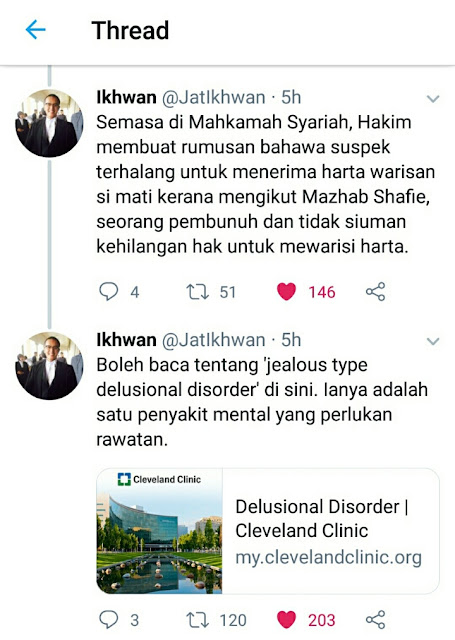 so probably, it starts from a small problem, that lead to stress , from a mini tiny stress, getting bigger each and every day, and it takes maybe years before this burden that we called STRESS explode ...

and very so unlucky, how the stress can make from a someone nice caring loving person to someone who fail to control his/her behaviour and end up become a murderer

let's learn something from this murder case ... if you feel stress or having problems with your life, or whatsoever, please seek help ... Pray and pray a lot too ...

you can talk to someonw that you trust, or comfortable with ... don't pressure yourself
... take five, relax ... if you need some time off, do it, take leave, go somewhere that bring peace to you ...

we all have our limit.

take care, and be nice.